Mosquito Fighter Bomber is an airplane wreck dive in Malta. De Havilland Mosquito was British twin-engine two-seat multipurpose aircraft, which was mainly used as a fighter-bomber plane. Mosquito was composed almost entirely of wood, apart from the aluminium tail. The airplane was about 13.6 m in length with 16.5 m wingspan. On 26th March 1949 on a mail run, this Mosquito encountered problems with its starboard engine on take-off and tried to return to Hal Far airfield, but crash landed into the sea.

Mosquito Fighter Bomber wreck is located about 500 m off the coast of Delimara Point on the east side of Malta. This is a deep boat dive for experienced divers with sometimes strong currents. The airplane wreck lies upside down at 40 m depth on a seabed of sand and small reefs. The wooden parts of the plane have well decayed and there is no superstructure left. The remains consist of the two engines and a twisted metal frame and mass of cables between them. The aluminium tail is mostly buried in the sand, and there are miscellaneous metal parts around the main plane wreckage. The engines are intact and starboard engine still has its propeller attached.

For freedivers, there is the wreckage of Dornier Wal XI flying boat at 12 m depth in Gnejna Bay. 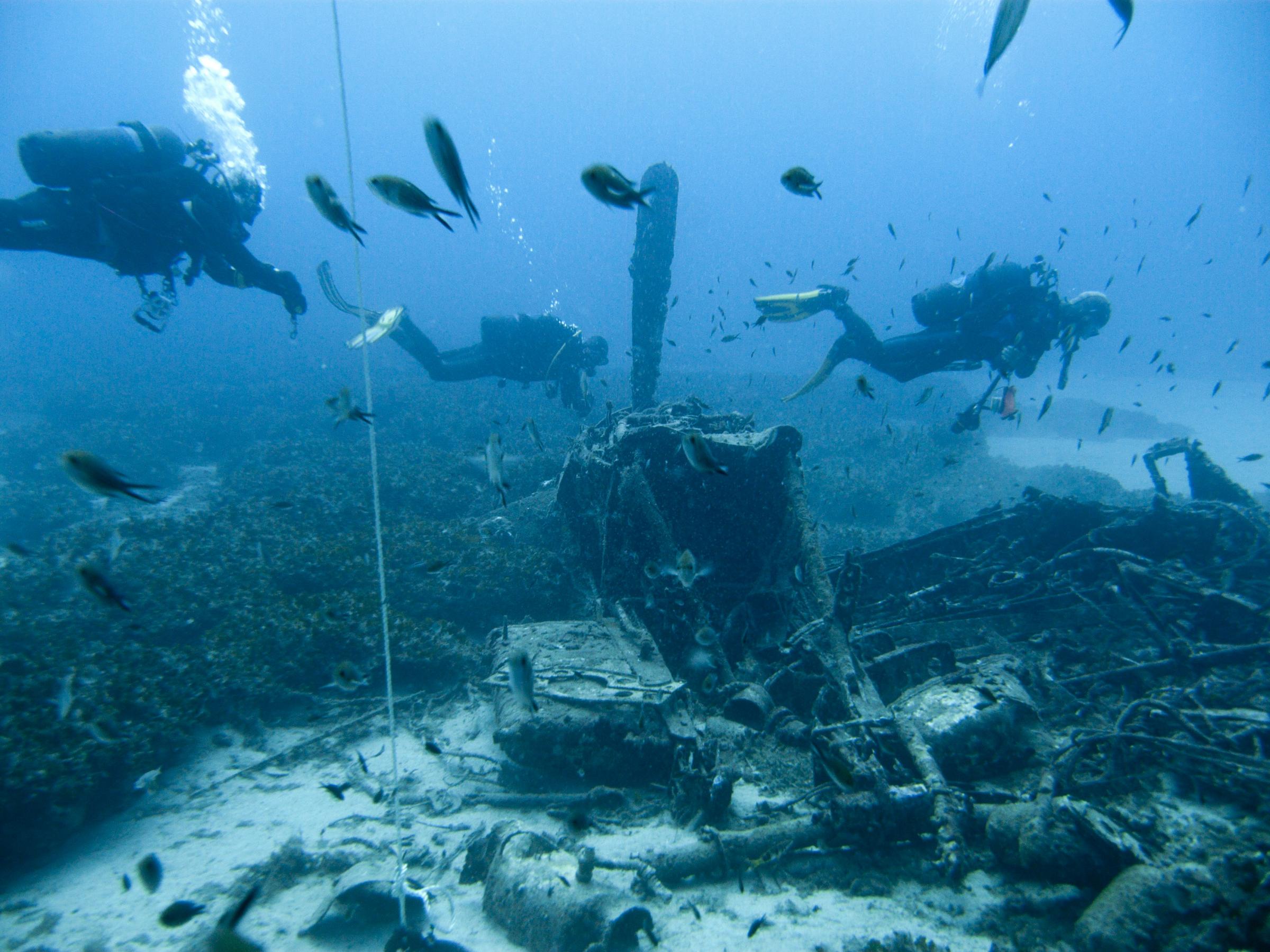 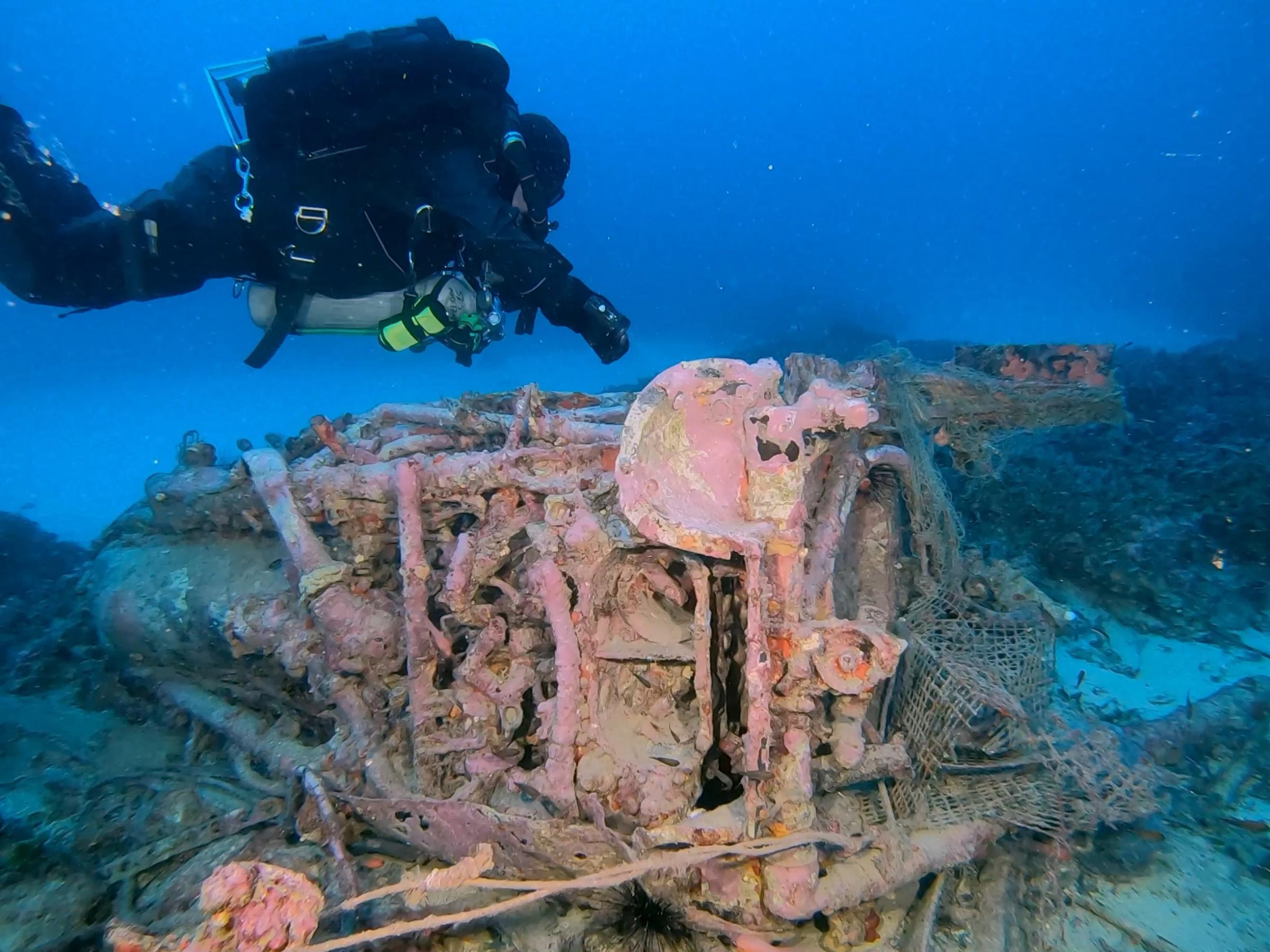 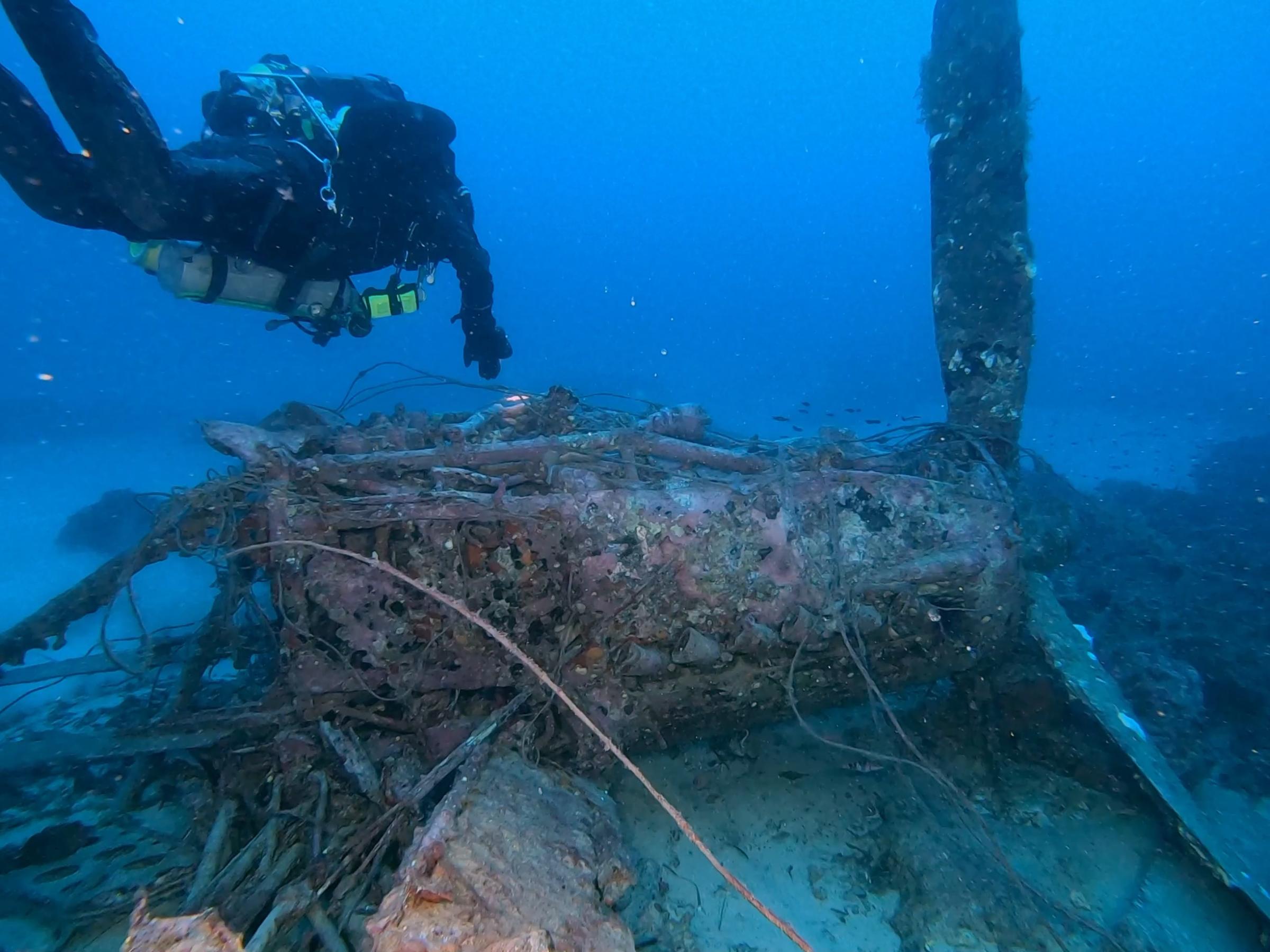 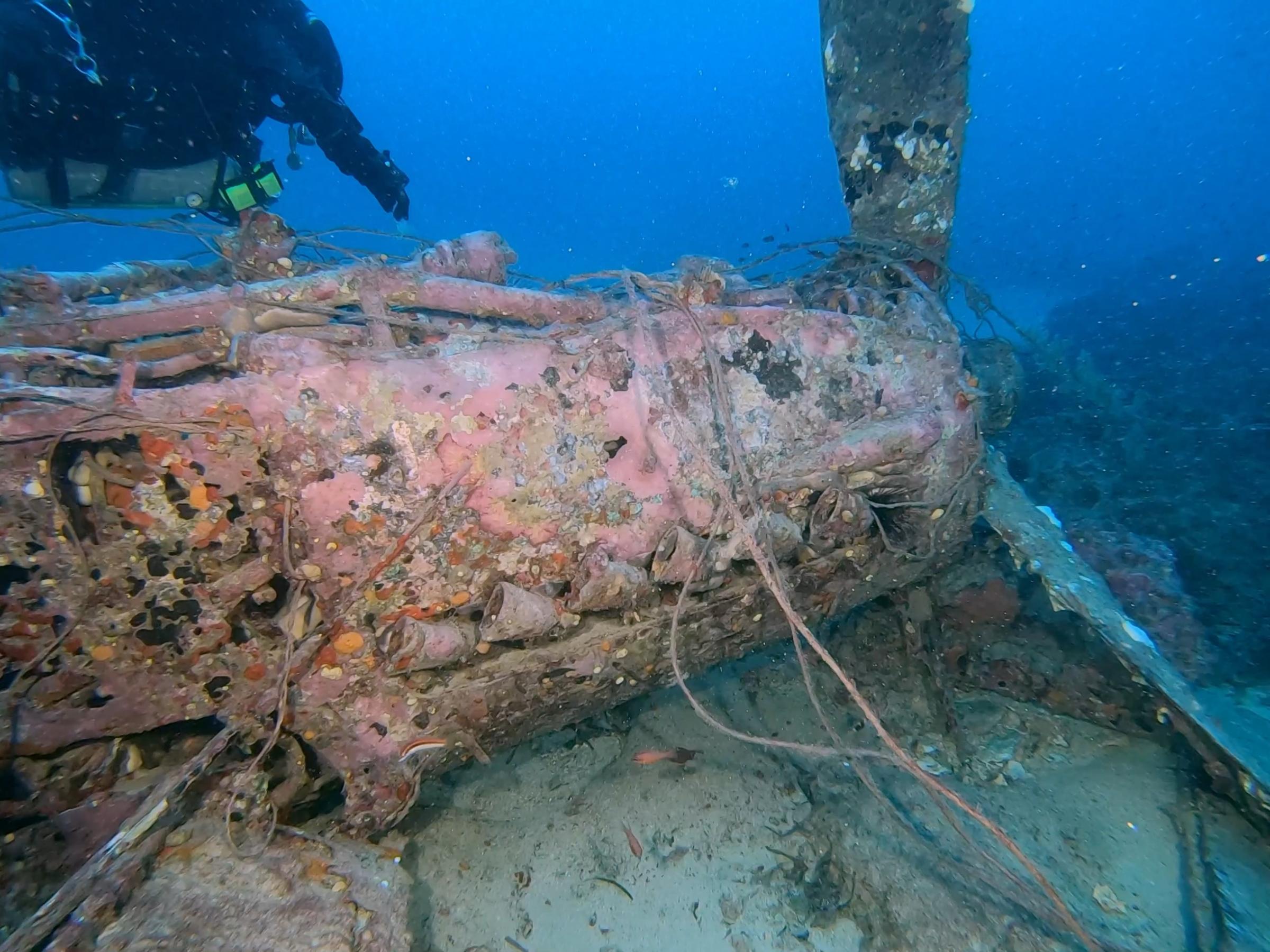 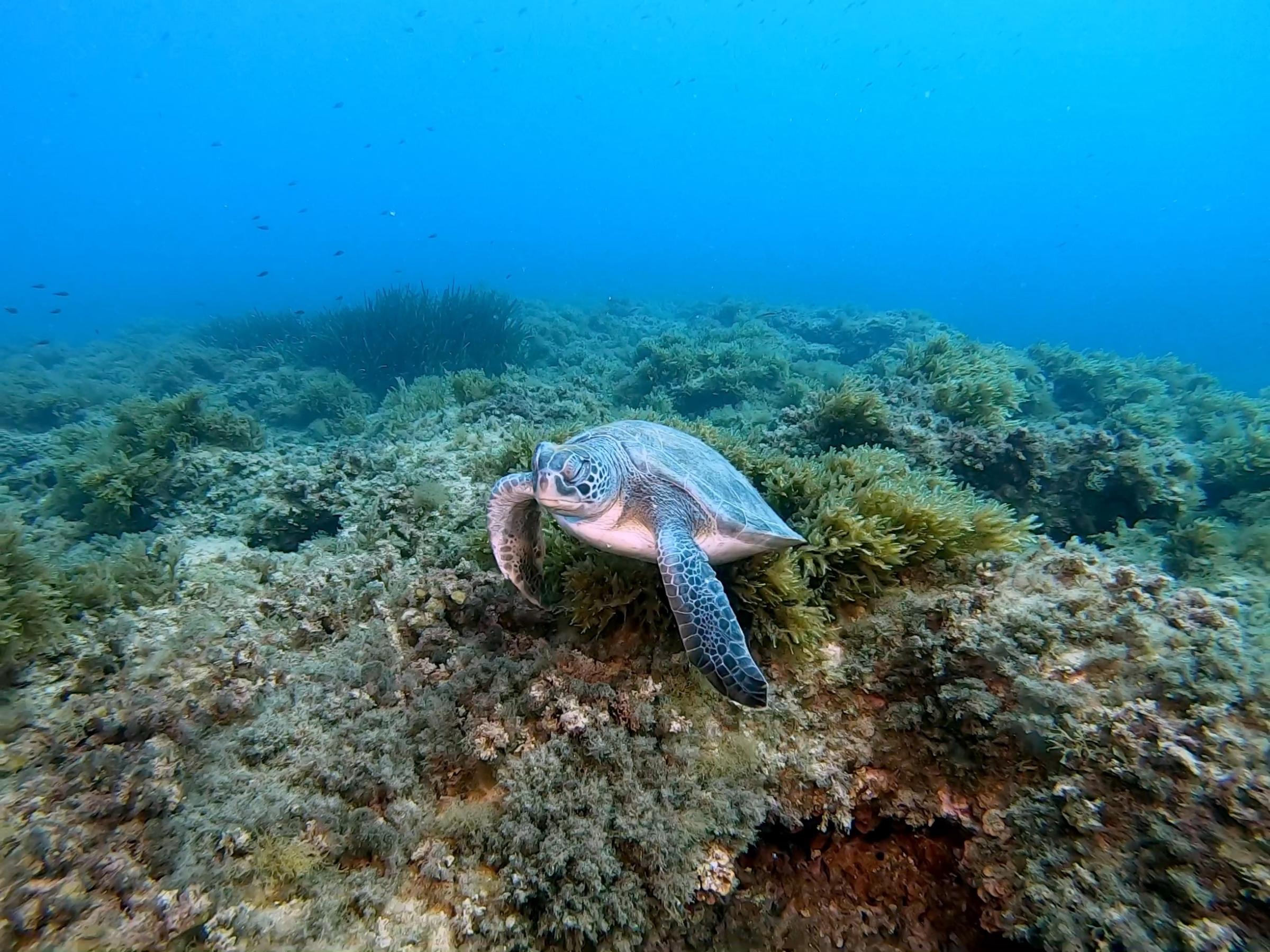 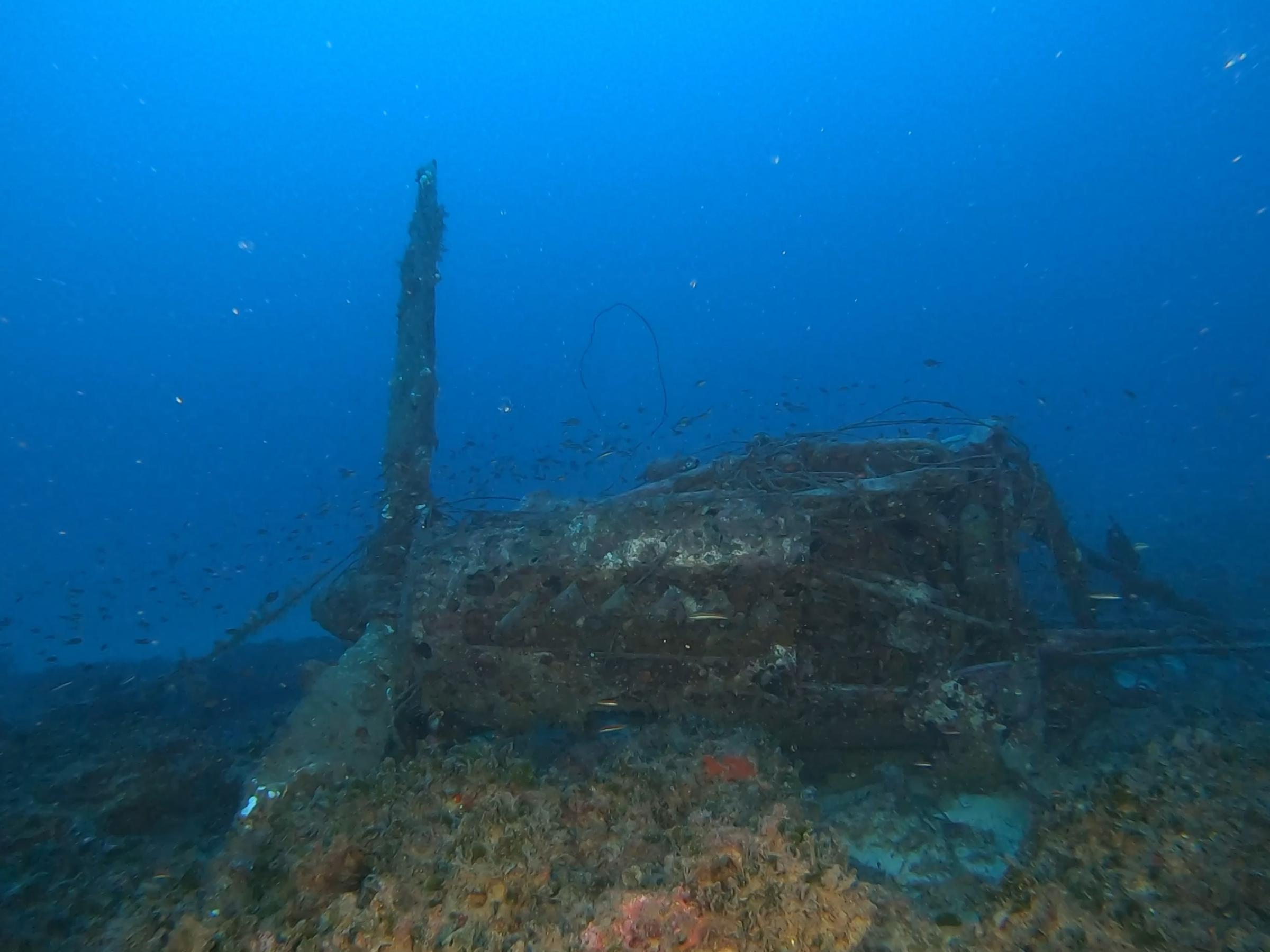 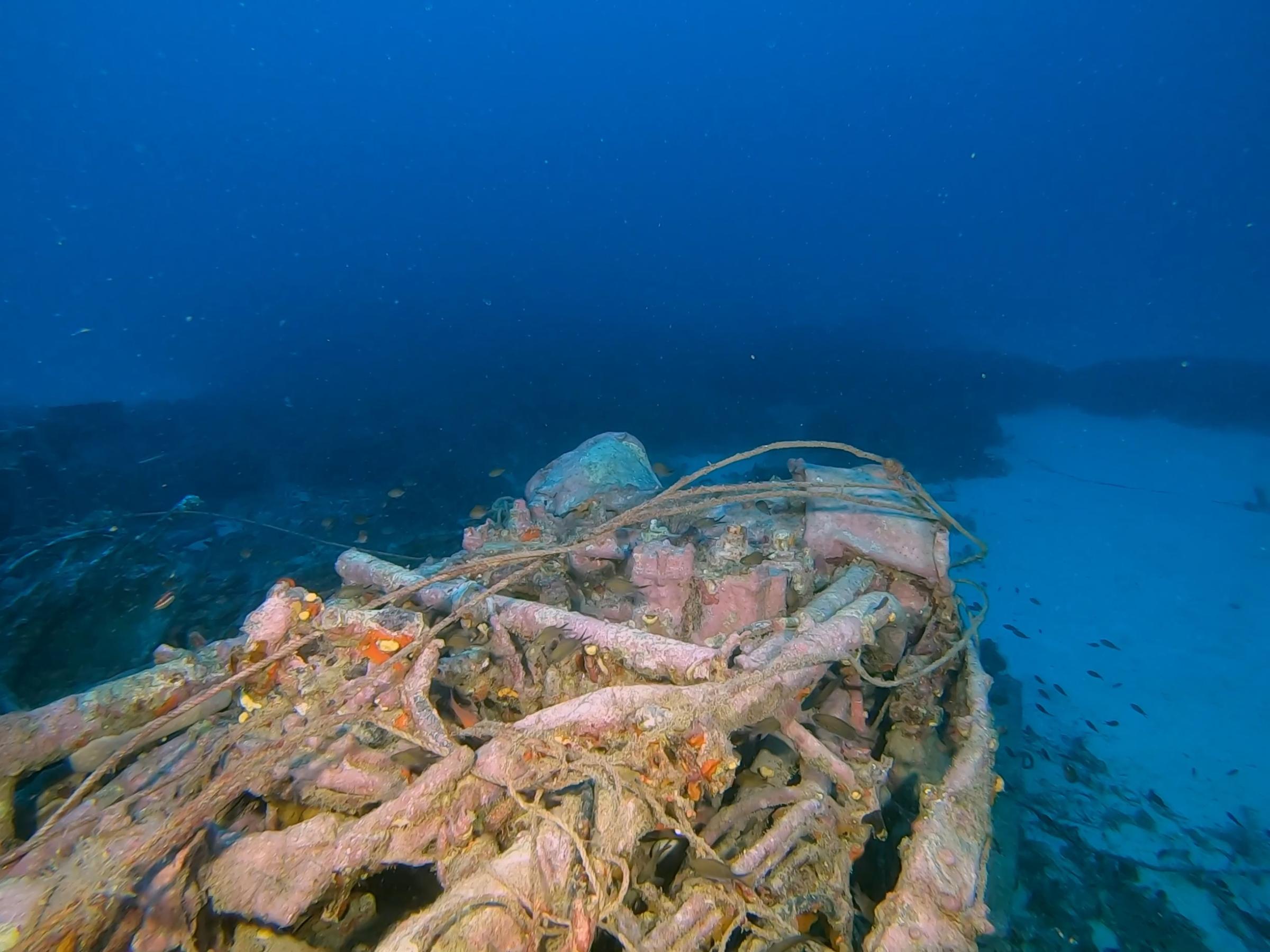 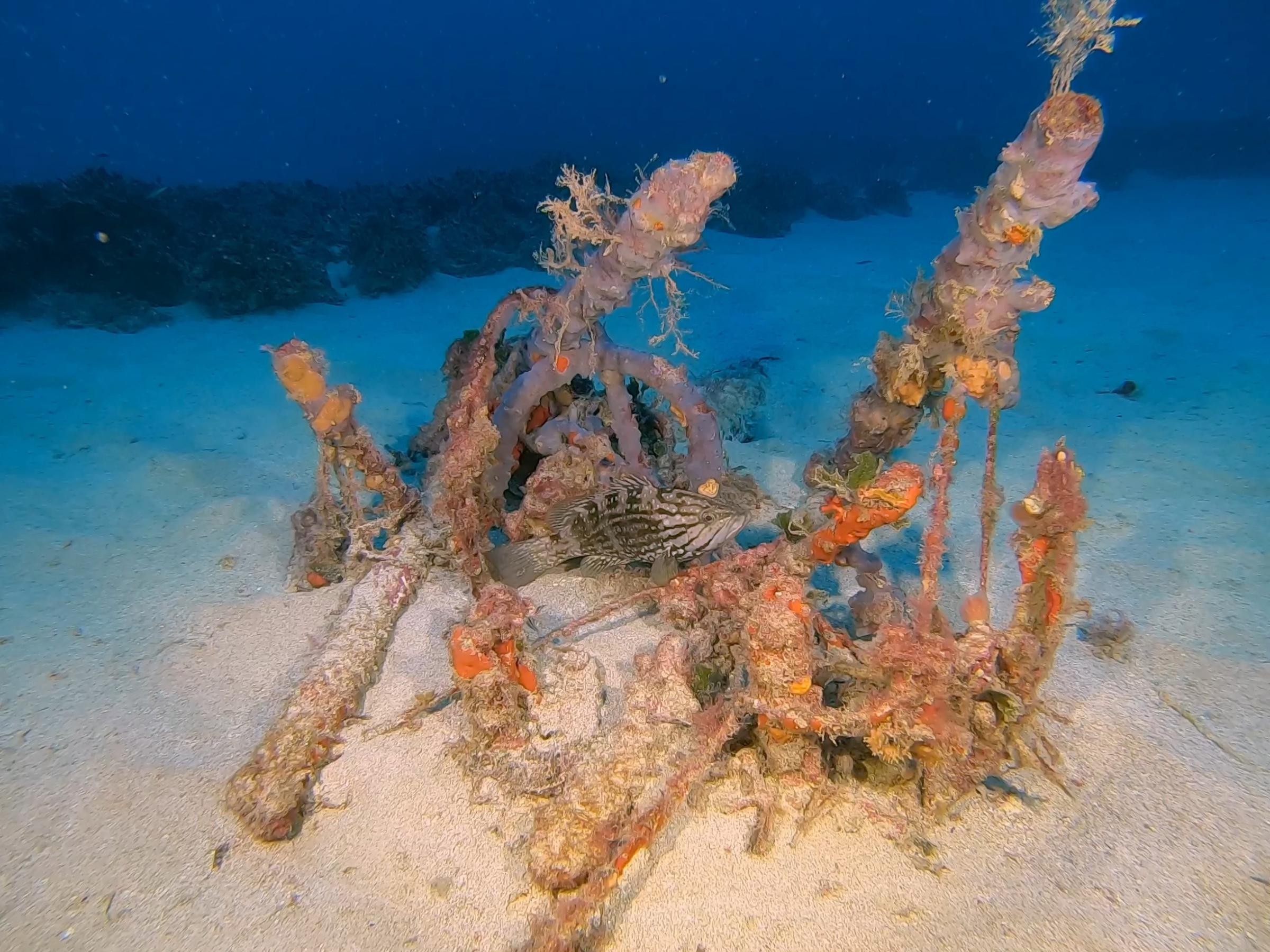 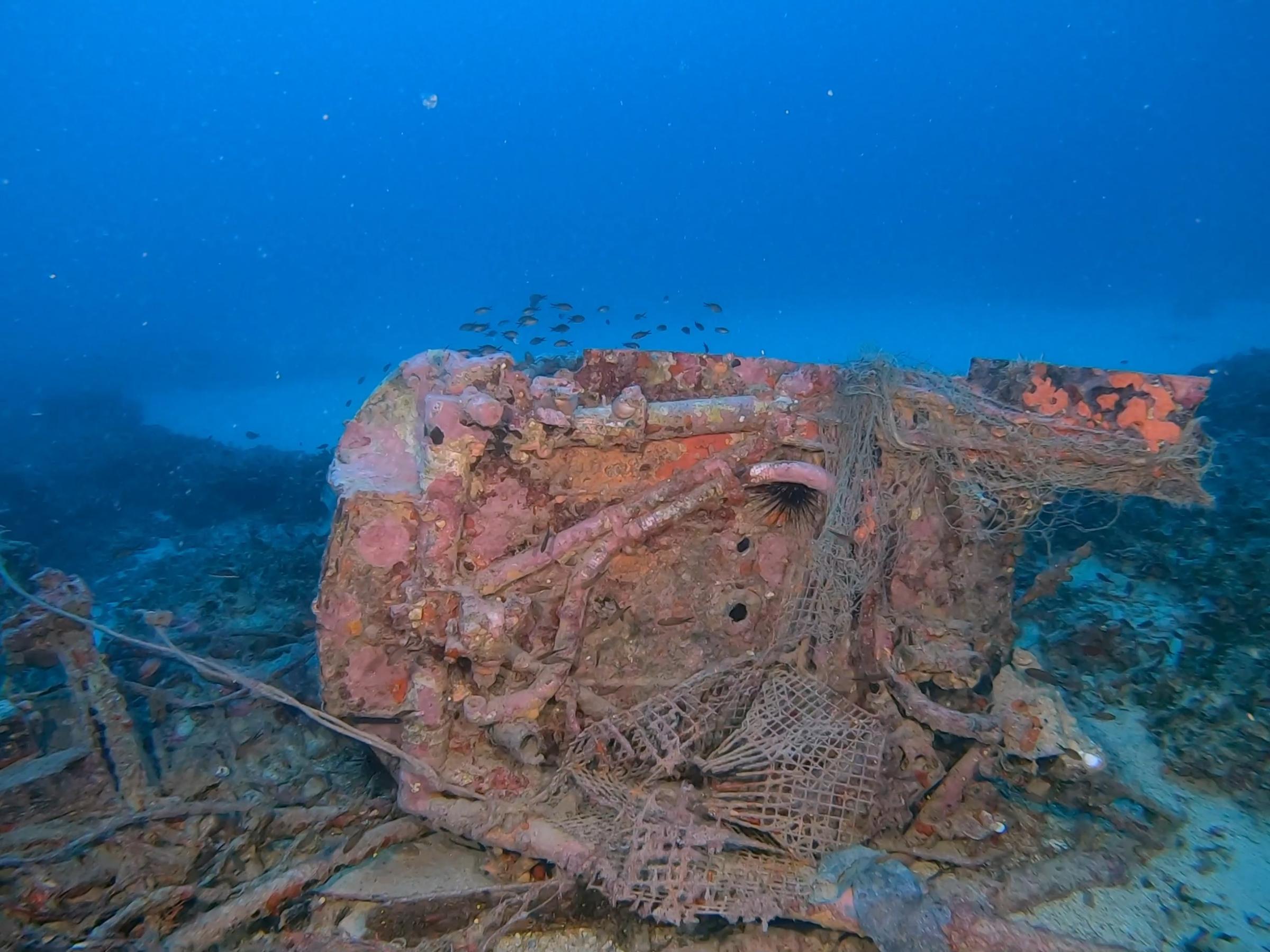 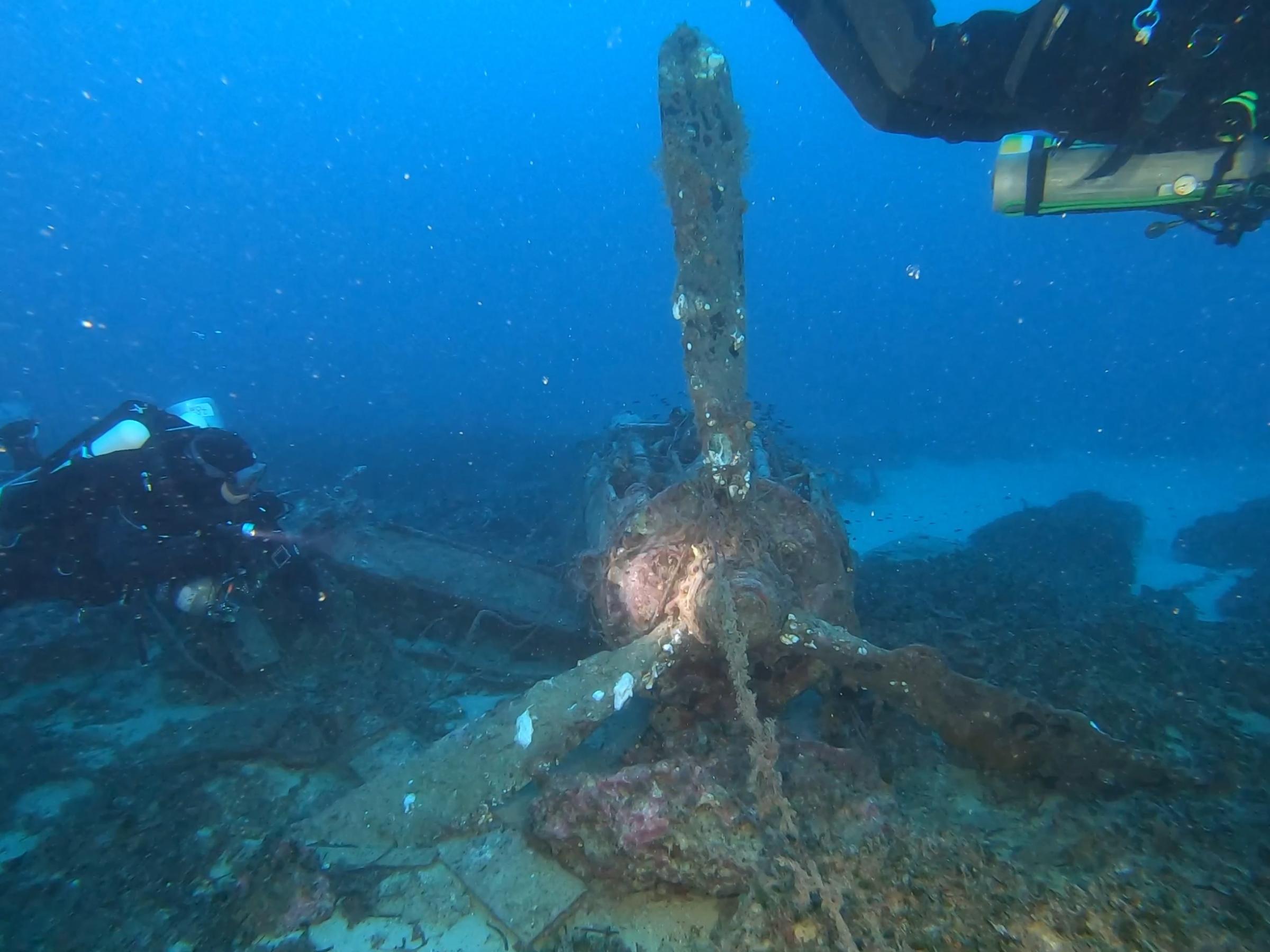 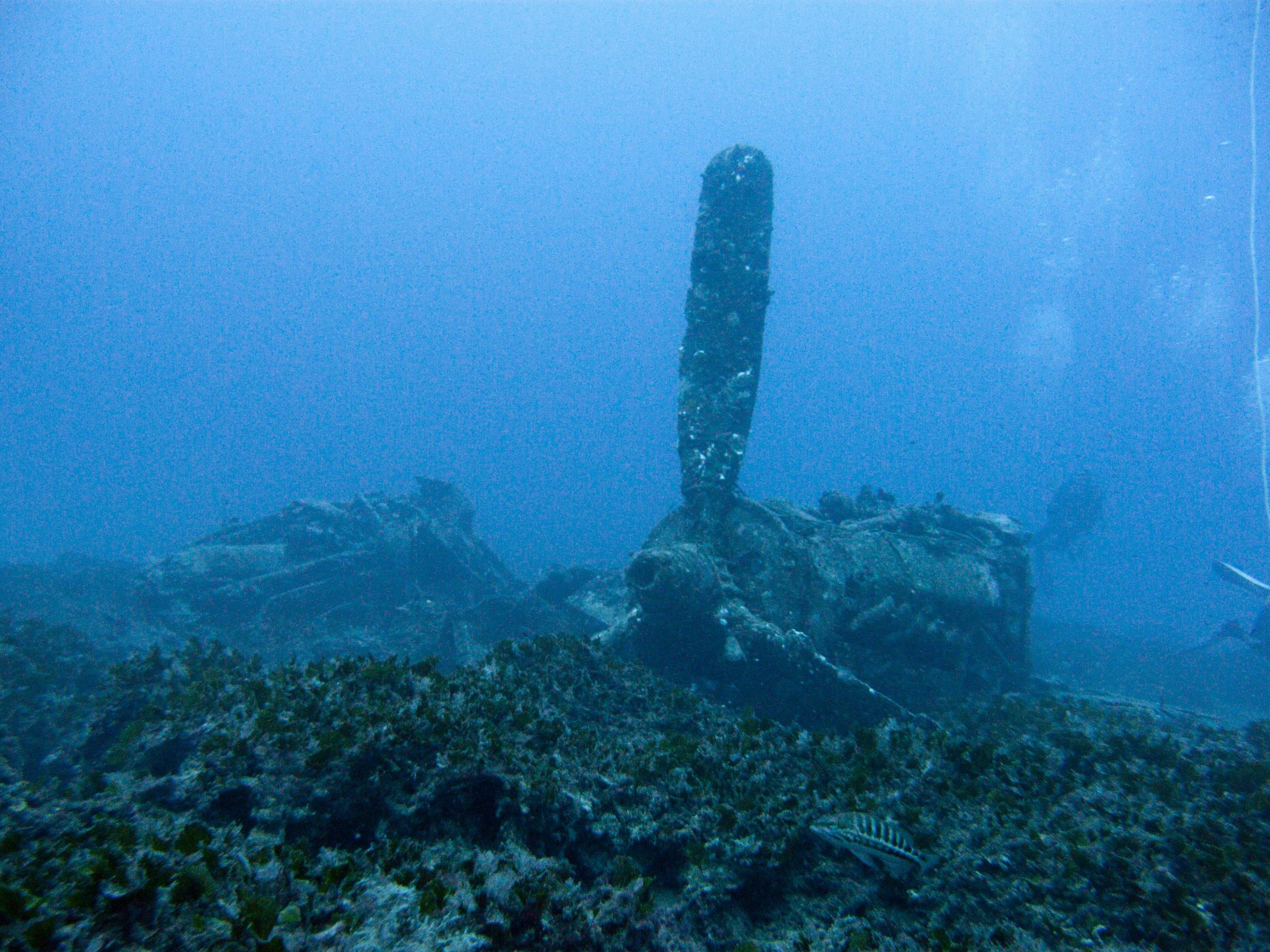 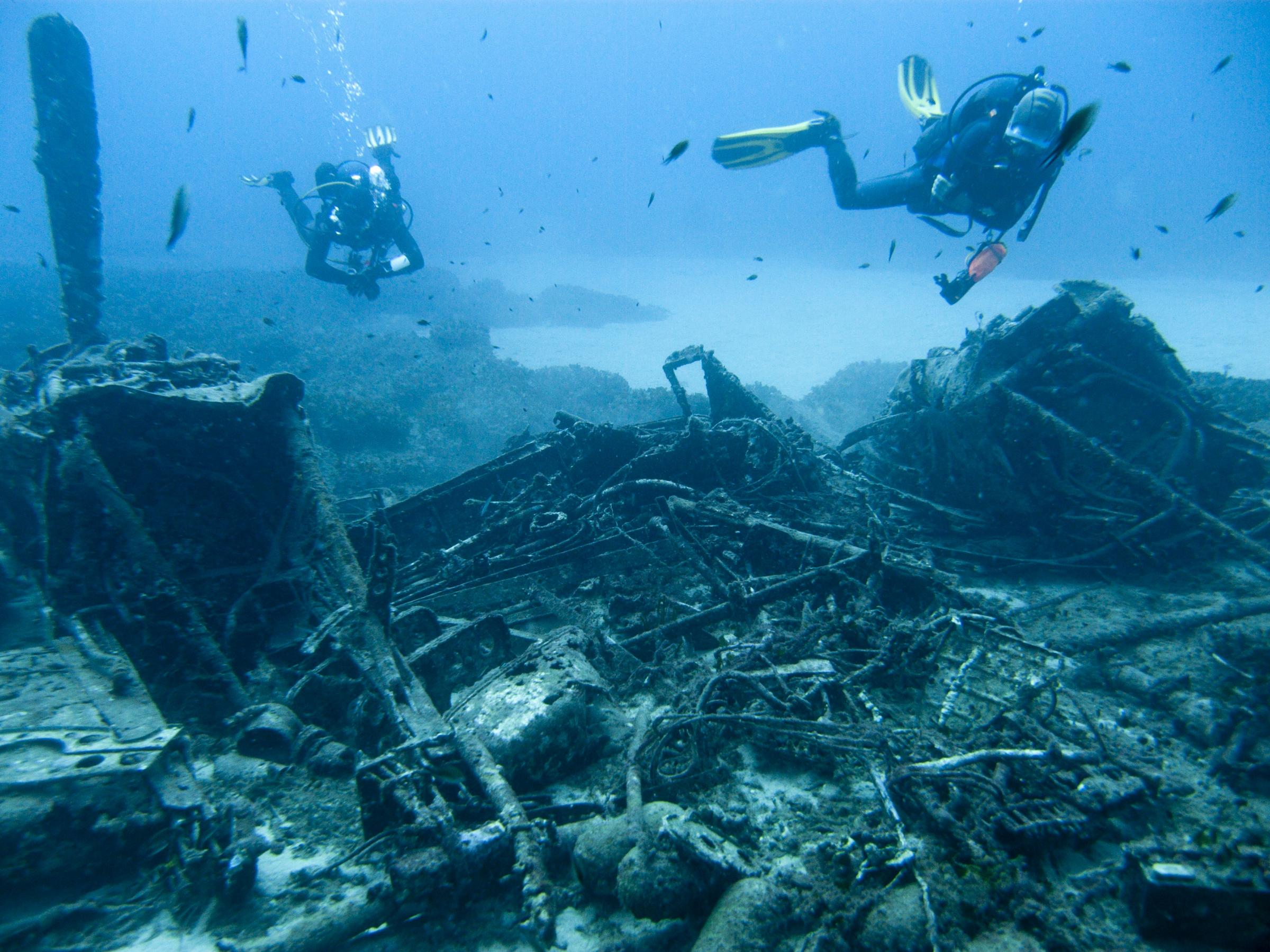 Adam Sant, February 2022:
★★★☆☆ The aircraft is beaten up badly, but it is still an interesting dive. Decent sea life including a turtle on the reef nearby.
Kevin Aquilina, October 2021:
★★☆☆☆ Very little remains of the aircraft, mostly engines and parts of structure. Still of historic significance with those interested in aircraft wrecks.
Mika Tanninen, April 2016:
★★★☆☆