Douglas A-1 Skyraider is a deep airplane wreck dive in Malta. The single-engine attack aircraft wreck is located approximately 1 km off Benghisa Point in southeast Malta. This is a boat dive for technical trimix divers; Skyraider lies at a depth of 96 metres. The small plane wreck (about 12 x 15 m) is upright on a sandy seabed and in excellent condition, still mostly intact.

Douglas A-1 Skyraider airplane ditched into the sea in 1947, and the wreck was found in 2009. Skyraider was opened for divers on 1st August 2020, managed by Heritage Malta, and diving the wreck requires a special permit. Read more about diving the historical wrecks in Malta.

For scuba divers interested in airplane wrecks, there are some shallower dive sites in Malta: Bristol Beaufighter, Bristol Blenheim Bomber, Mosquito Fighter Bomber and Lockheed P2V Neptune. These plane wrecks are between 30 and 42 m deep. Other technical airplane wreck dives are Junkers Ju 88 and B-24 Liberator Bomber both at 55 m, Fairey Swordfish at 70 m, and another Junkers Ju 88 at 106 m depth.

Douglas A-1 (AD) Skyraider was an American single-seat single-engine attack aircraft. Skyraider was designed during World War II by Douglas Aircraft Company, but the production started only after the war in 1946. In total over 3,000 Skyraiders were built. The plane is about 12 m in length with a 15 m wingspan.

This Douglas A-1 Skyraider with serial number 09236 was one of four aircrafts tasked with mail duties between Hal Far airfield in Malta and the aircraft carrier USS Midway. In December 1947, only minutes after taking off from Hal Far, the plane experienced a total engine failure. Skyraider ditched into the sea at a slight angle with the undercarriage raised and flaps up, and remained afloat for one and a half minutes before sinking. The pilot managed to exit the cockpit and use the plane’s emergency dinghy, and was later rescued by helicopter. 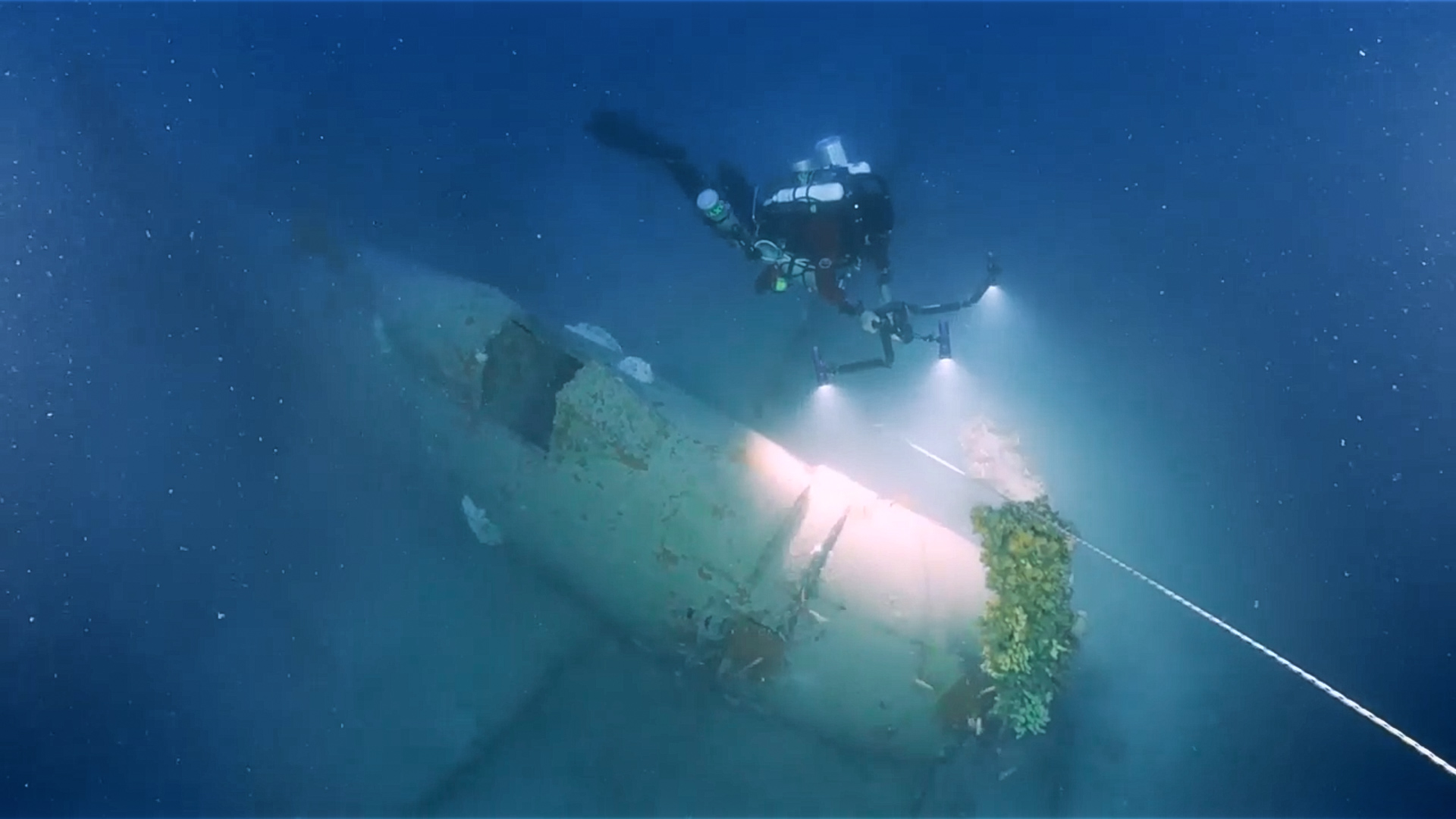 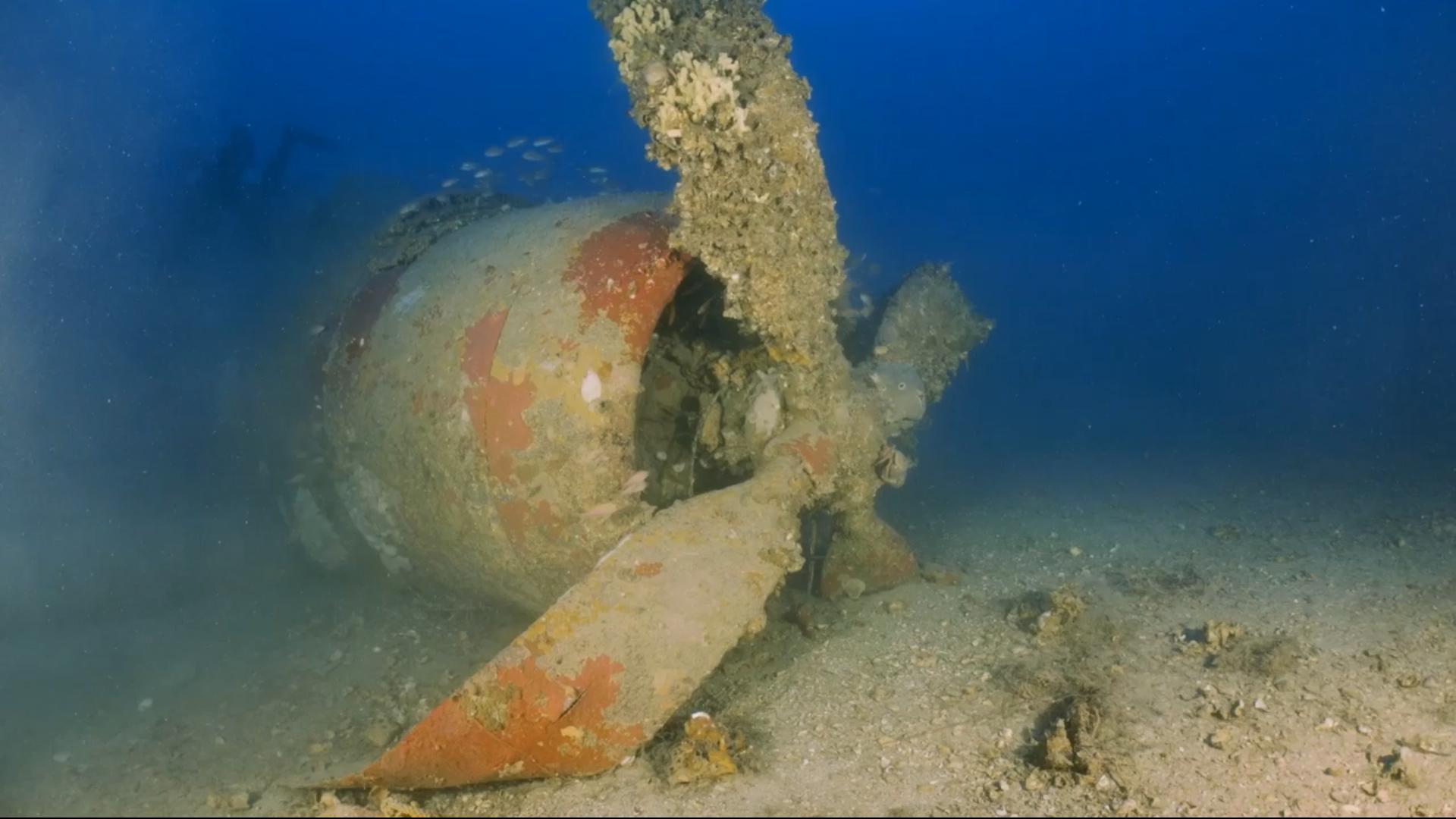 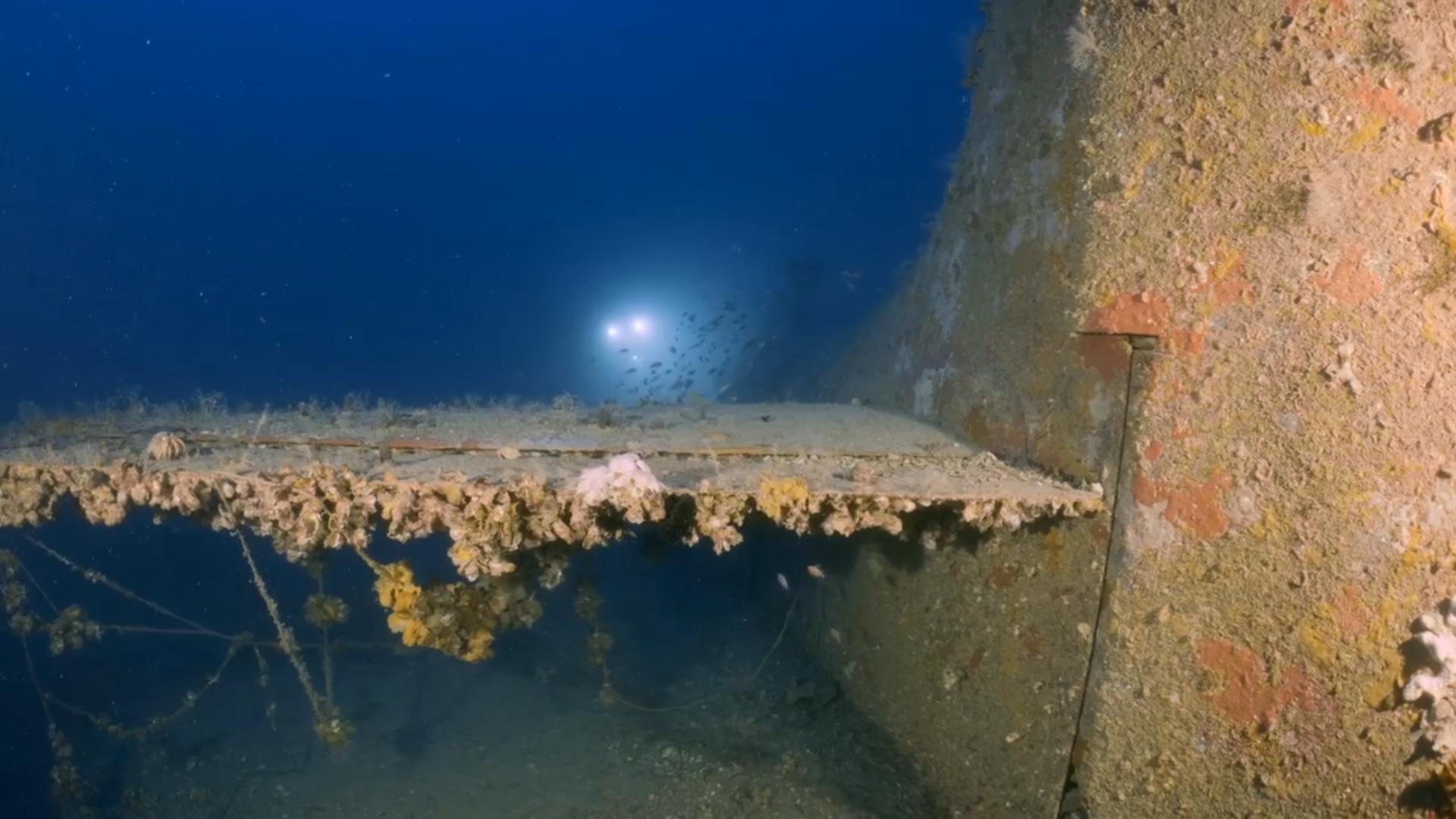 Adam Sant, month ago:
★★★★☆ Very nice wreck with lots of life. Not huge but enough to see considering the limited bottom time.