B-24 Liberator Bomber is a World War II airplane wreck in Malta. The four-engine heavy bomber, about 20 m in length with 33 m wingspan, is located approximately 1.5 km off Marsaxlokk in southeast Malta. The airplane wreck lies at 55 m depth, making this a boat dive for technical divers.

Liberator wreck is upright on sandy seabed. The wing structure is well-preserved and partly covered in corals, with two engines of four still having propellers in place. The plane’s nose is destroyed and the cockpit torn open, while the tail section is broken and lying under the fuselage.

B-24 Liberator Bomber was ditched into the sea in 1943, and the wreck was found in 2015. Liberator was opened for divers on 1st August 2020, managed by Heritage Malta, and diving the wreck requires a special permit. Read more about diving the historical wrecks in Malta.

For scuba divers interested in airplane wrecks, there are few shallower dive sites in Malta: Bristol Beaufighter, Bristol Blenheim Bomber, Mosquito Fighter Bomber and Lockheed P2V Neptune. These plane wrecks are between 30 and 42 m deep. Other technical airplane wreck dives are Junkers Ju 88 at 55 m, Fairey Swordfish at 70 m, Douglas A-1 Skyraider at 96 m, and another Junkers Ju 88 at 106 m depth.

This B-24 with serial number 42-40112 was on a bombing mission with several other Liberators from United States Army Air Force base in Libya to Reggio Calabria in southern Italy on 6th May 1943, where it was hit by anti-aircraft fire. The bomber developed engine problems, and the crew decided to fly back to Malta, often used a haven for damaged aircraft returning from Sicily and Italy.

After failed landing attempts at Luqa airfield and with multiple damaged engines, B-24 Liberator was forced to ditch into the sea off Benghisa Point in southern Malta. The airplane hit the water surface with undercarriage lowered and flipped completely over. It floated upside down for a few minutes, then the tail section sank first while the nose was the last to submerge. The 10-member crew survived except for one, who was never found, making the wreck a war grave.

The wreck of B-24 Liberator was found in 2015 through a remote sensing survey and rests approximately 1.5 km southeast of Marsaxlokk at a depth of 55 metres. The site was investigated in 2016 by a team from the University of Malta and Armed Forces of Malta, with excavations of the site conducted in 2018 and 2019. The wreck was opened for diving in 2020. 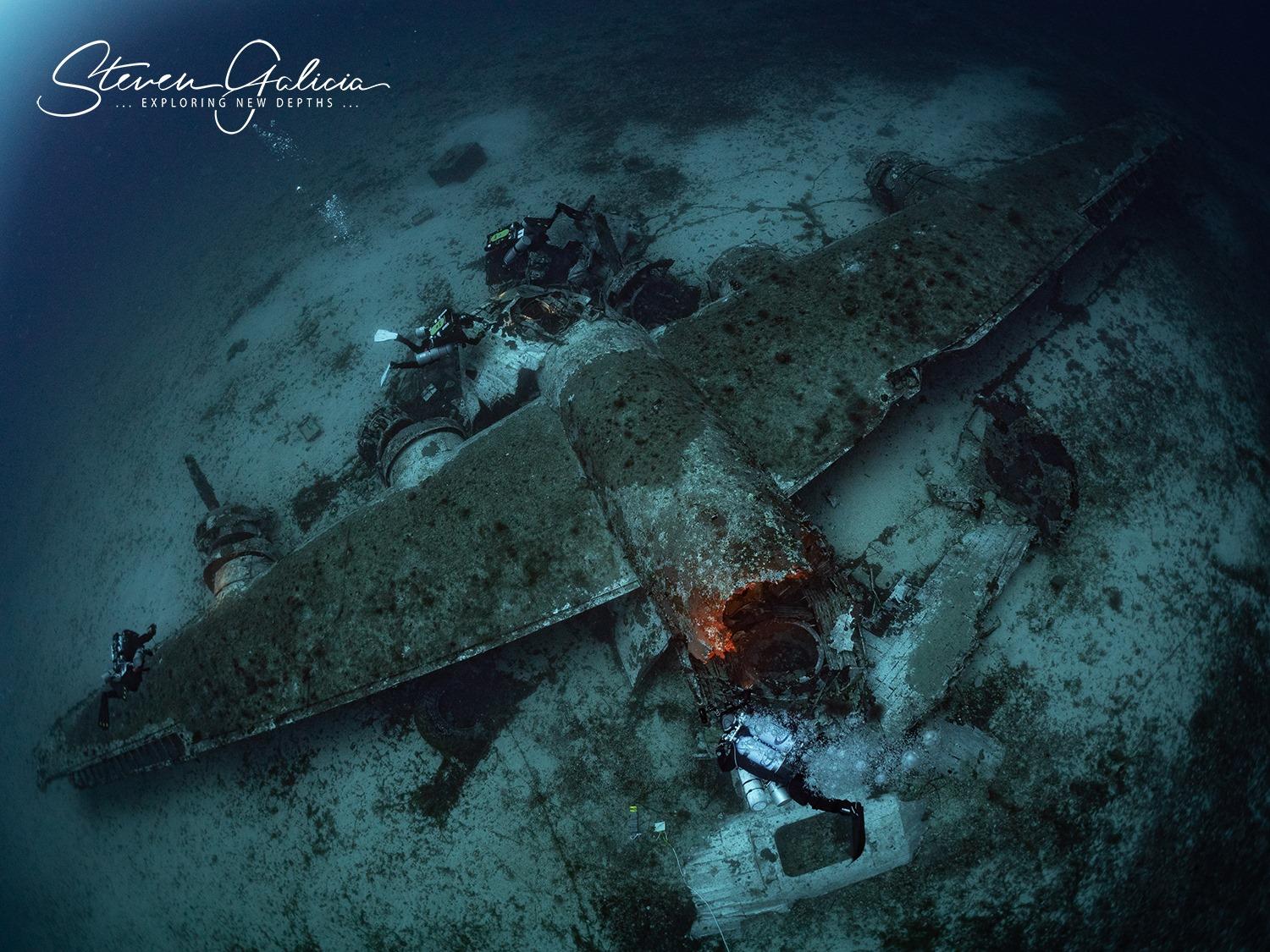 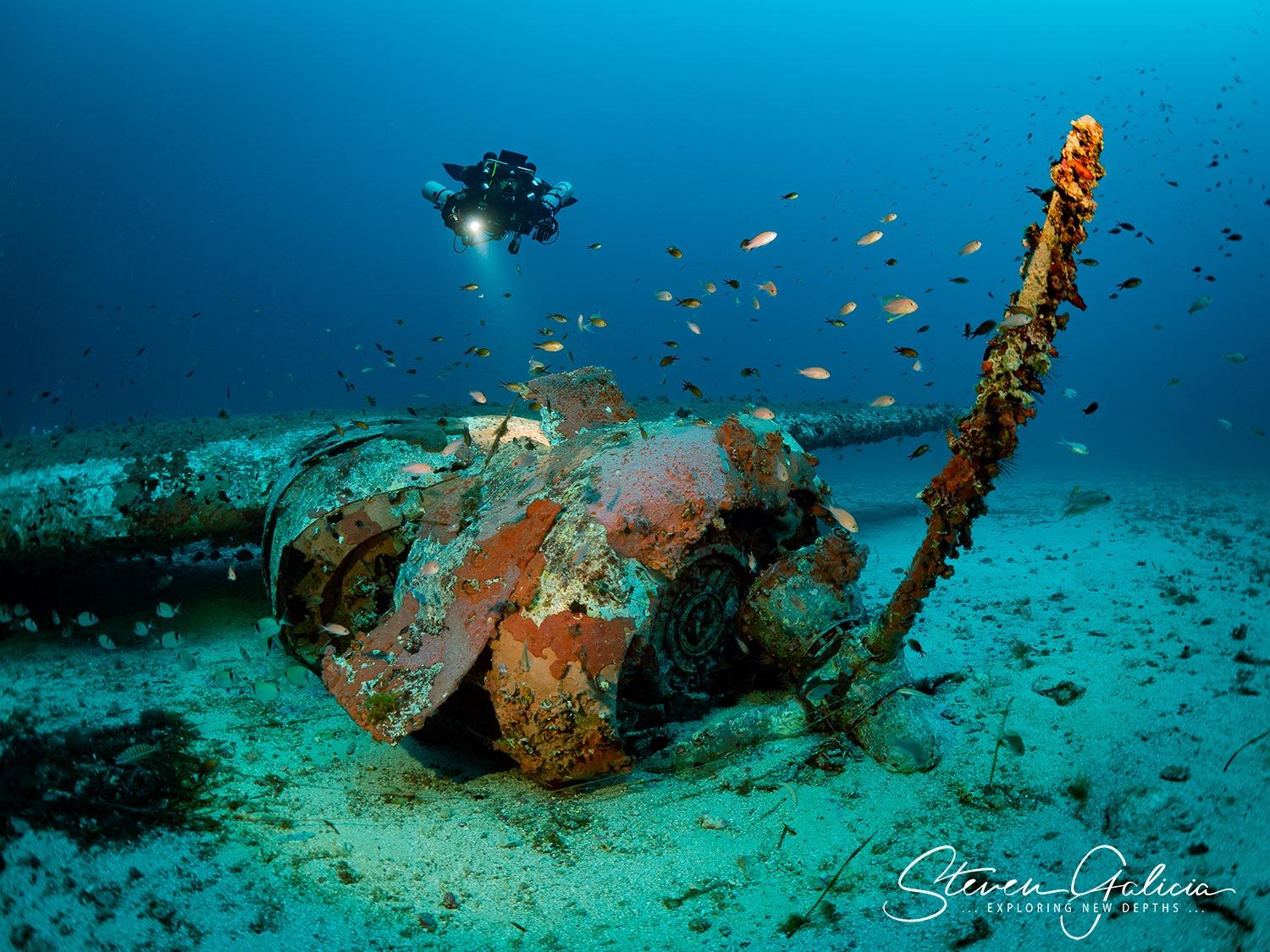 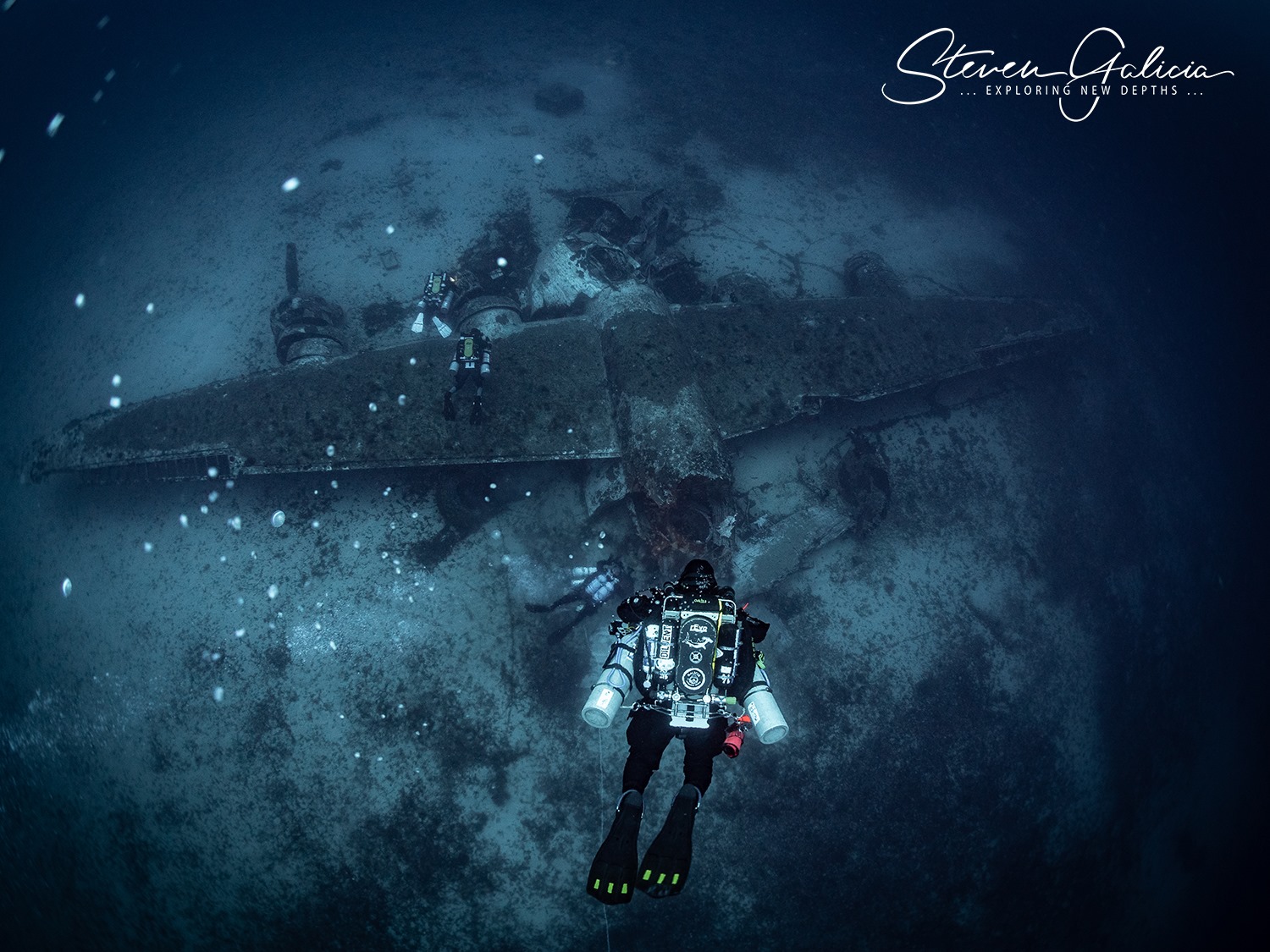 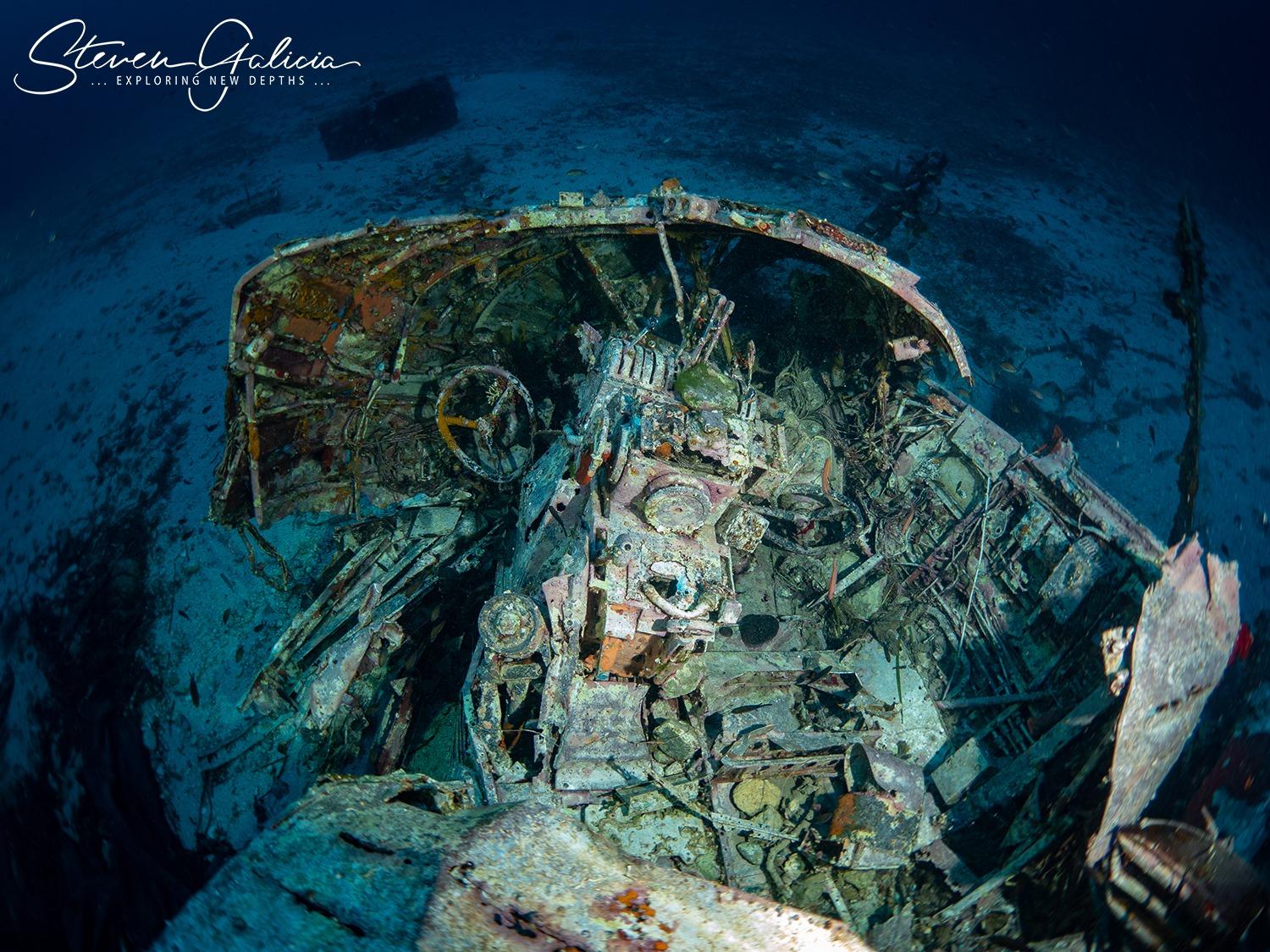 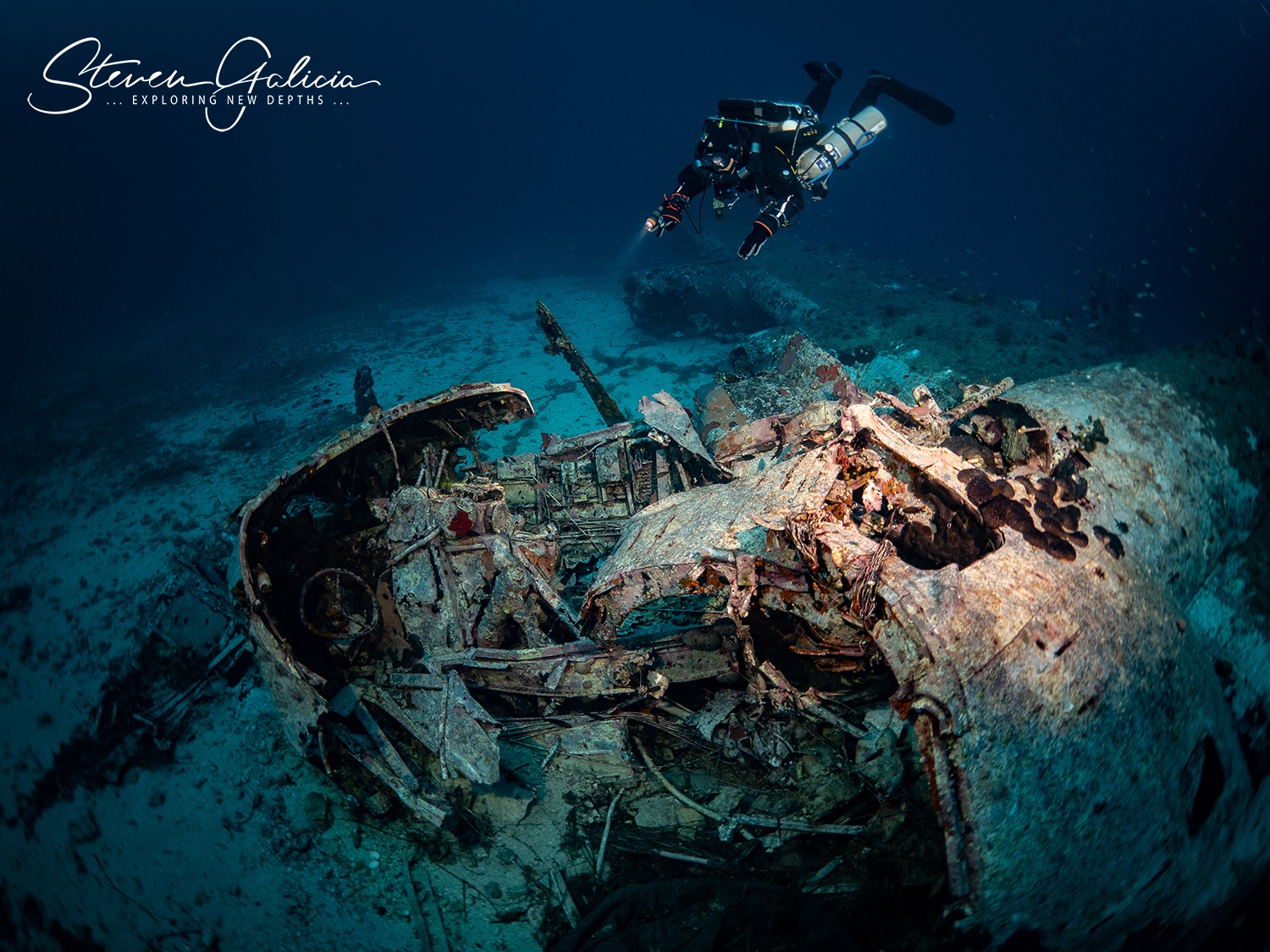 Kevin Aquilina, October 2021:
https://youtu.be/b9UbUXnZKHw
Kevin Aquilina, October 2021:
★★★★★ Historic aircraft with a story to tell. Mostly intact and having all the right elements to make a wreck diver happy.
Adam Sant, August 2020:
★★★★☆ Very nice dive and the plane is still in very good condition. https://youtu.be/Jr_S30AAb0Y
Ben VB, August 2020:
★★★★☆ Excellent upright plane wreck with a large wingspan. Very interesting to see the controls in the cockpit. The site is otherwise quite barren and can be prone to currents.