Fairey Swordfish is a World War II airplane wreck dive in Malta. Swordfish was a British single-engine biplane torpedo bomber, about 11 m in length and 14 m wingspan. In 1943 soon after take-off from Hal Far airfield, this Swordfish had engine problems, and the pilot had to ditch the plane in the sea. The crew of two survived but the airplane sunk.

Fairey Swordfish wreck is located approximately 5 km off Sliema coast in northeast Malta. This is a boat dive for technical divers. The airplane wreck lies at a depth of around 70 m on sandy seabed. Swordfish’s metal frame structure is quite intact; the wings and tail are visible, but the covering fabric is gone. Plane’s radial engine still has its three-bladed propeller attached.

Fairey Swordfish airplane wreck was found in June 2017 and opened for divers on 1st May 2019. The wreck is managed by Heritage Malta, and diving it requires a special permit. Read more about diving the historical wrecks in Malta.

For scuba divers interested in airplane wrecks, there are few shallower dive sites in Malta: Bristol Beaufighter, Bristol Blenheim Bomber, Mosquito Fighter Bomber and Lockheed P2V Neptune. These plane wrecks are between 30 and 42 m deep. Other technical airplane wreck dives are Junkers Ju 88 and B-24 Liberator Bomber, both at 55 m depth, Douglas A-1 Skyraider at 96 m, and another Junkers Ju 88 at 106 m depth.

For freediving, there is the wreck of Dornier Wal XI flying boat at 12 m depth in Gnejna Bay. 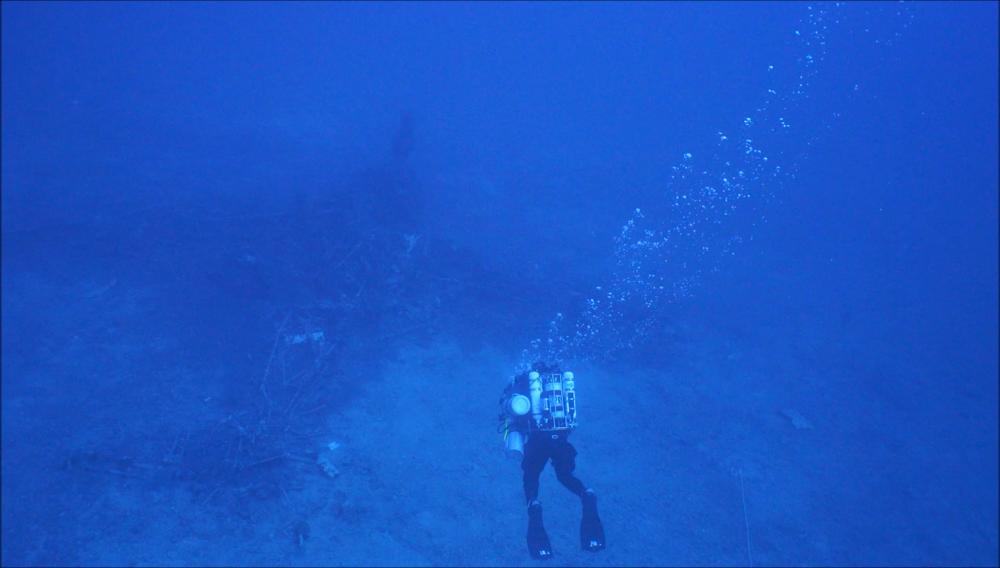 Adam Sant, July 2021:
★★★★☆ Small wreckage but still very interesting. What remains of the wreck is covered is sponges making the wreck very colourful. A Good amount of marine life makes it interesting. https://youtu.be/y8bCkq-Tngc
Ben VB, July 2021:
★★★☆☆ Little wreck consisting mainly of a flattened 'frame' on the seabed. The engine and propeller still stand proud. The wreck is covered in colourful sponges and has some resident scorpionfish. Not the most impressive site but worth visiting if you have an interest in planes.