MV Xlendi is one of the three diving wrecks off shore Xatt l-Ahmar in southeastern Gozo. Xlendi was a former Gozo Channel Line double-ended cargo ferry between Malta and Gozo. She was scuttled in November 1999 to form an artificial reef and an attraction for scuba divers.

MV Xlendi wreck is around 80 m long and lies on a sandy slope about 42 m deep on the shore side and 44 m on the sea side. The shallowest point are the propellers, one on each end, at approximately 32 m. Wreck penetration is not recommended due to its very unstable and unsafe condition upside down. However, Xlendi still is an interesting site for experienced divers. Fish life is abundant all around the wreck. There is also a car wreck near Xlendi on the shore side.

Two more wrecks, MV Karwela and MV Cominoland, were also scuttled nearby in Xatt l-Ahmar in 2006. Xlendi wreck lies about 60 m west from Karwela. All the wrecks are usually dived from the shore, but can be done by boat as well.

Xlendi Bay is another dive site in Gozo featuring a beautiful tunnel cave and a reef with a pinnacle.

MV Xlendi was built at Helsingør Værft in Denmark as a train ferry in 1955. The vessel had gross weight of 1123 tons and was 77 m long with a beam of 12 m and 23 m overall height. Her original name was MV Helsingør, she was renamed to MV Royal Sheeba in 1987, and only a year later to MV Borgshorn in 1988. Gozo Channel Co Ltd bought the ferry in 1990 and changed her name to MV Xlendi. She was operating until 1997 and then handed over to the Gozo Tourism Association to scuttle as a diving attraction.

MV Xlendi became Gozo's first artificial reef when she was scuttled on 12th November 1999. After a complete cleaning and opening of some safety exits for divers, unfortunately the wreck ended up upside down and the whole section above deck was crushed. 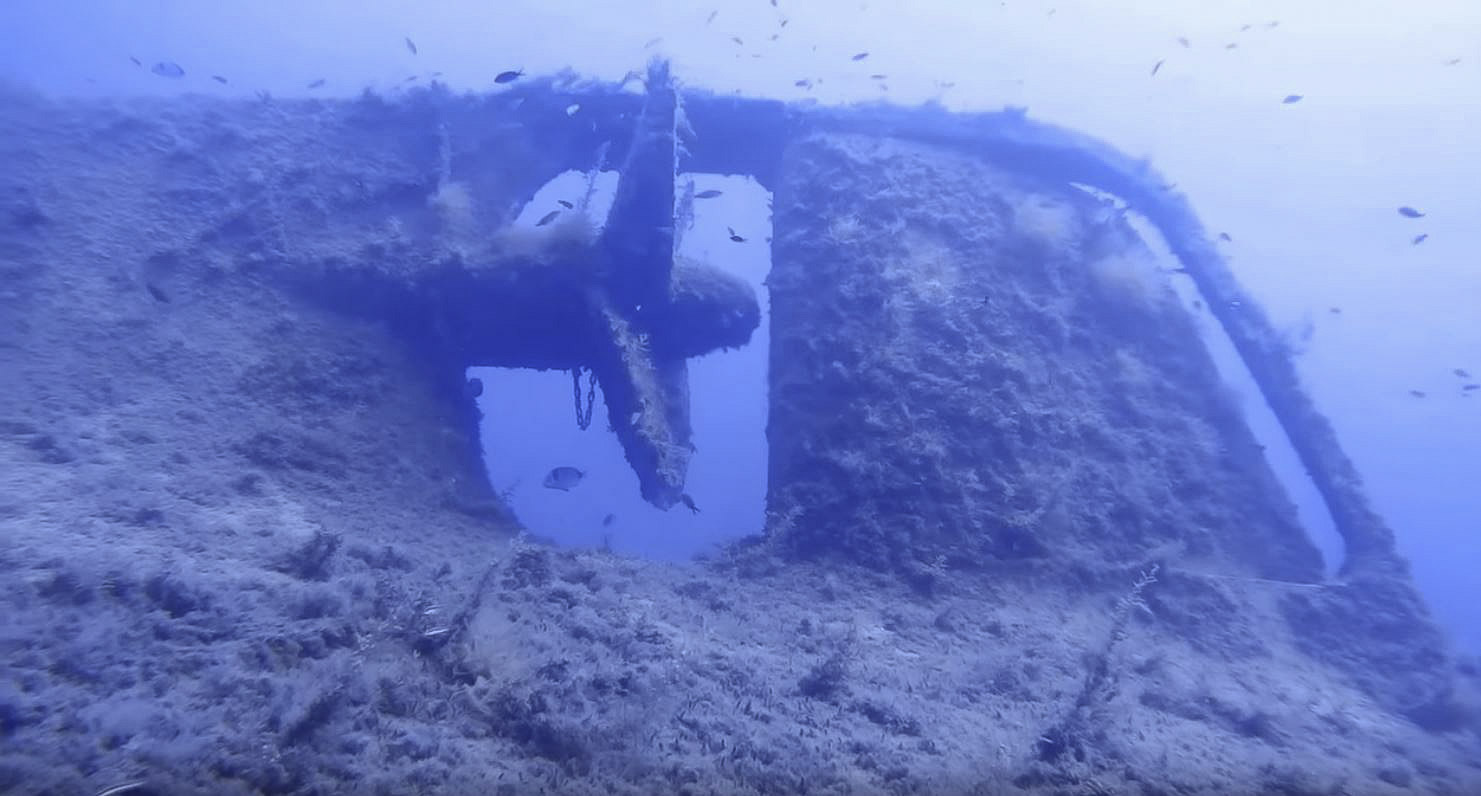 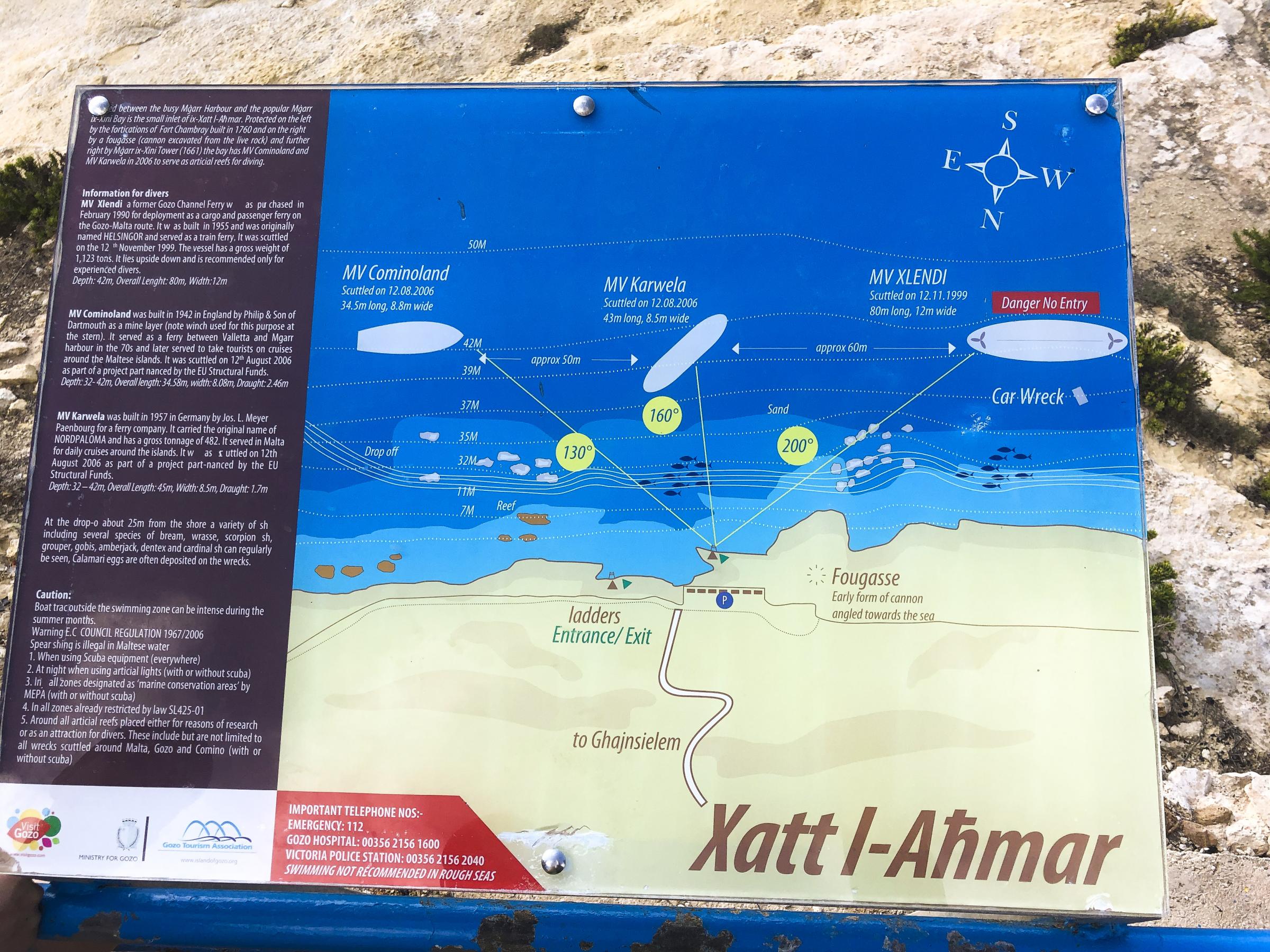 Adam Sant, July 2021:
★★★☆☆ The wreck is overshadowed by the nicer Karwela, however, it is still a nice enough wreck to visit. I wouldn’t dedicate a whole dive for it, but it’s nice enough for a quick visit after you have gone round the Karwela.
Mika Tanninen, April 2015:
★★☆☆☆ A bit boring wreck as penetration is not allowed.