P33 is a former patrol boat that was planned to be scuttled in Marsaskala or on the north coast of Gozo as an underwater attraction for wreck divers. At the end it was scuttled between the existing tug boat wrecks in Marsaskala 31.7.2021.

P33 is a Bremse class vessel built in 1971-72 in East Germany, about 23 m in length with a beam of 5 m and 7 m high including the mast. P33 was sold to Malta in 1992 together with her sister ship P32 and two Kondor class patrol boats P30 and P31. P33 served as a patrol boat in the Maritime Squadron of the Armed Forces of Malta until she was decommissioned in 2005. 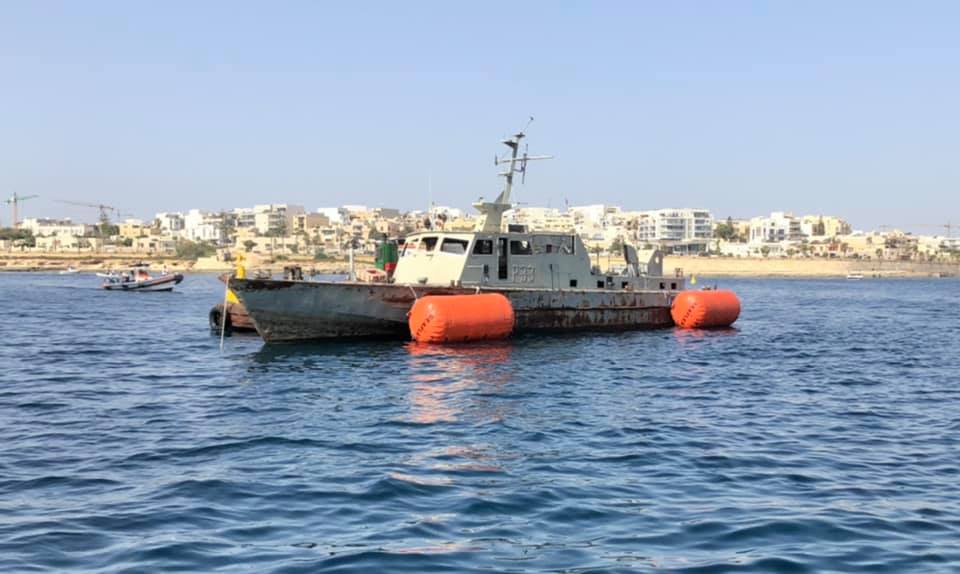 Adam Sant, 14 days ago:
★★☆☆☆ Small Wreck with almost always mediocre visibility. The wreck is very small but at least it has some penetration opportunities. From the 3 wrecks in the area, it is the better one. Wreck is at a max depth of around 20m and is sitting upright slightly tilted to the starboard.
David Agius, 24 days ago:
★★★★☆ BEtter viz would be better but it's good site, an alternative to Cirkewwa on bad weather days