MV Pippo is a wreck dive in Malta. Pippo was a small fishery workboat that sank in 2004. The wreck is located off Ahrax Point near Mellieha Bay. Pippo is 18 metres long and lies in an upright position at about 35 metres depth. This is a boat dive for experienced divers. The dive time is usually quite short as the wreck is small and the seabed around is just sand.

Although small in size, MV Pippo is an interesting wreck. Unlike other 21st century wrecks in Malta, Pippo was not prepared for diving before scuttling. She is quite well preserved with some fishing industry equipment still attached, like tuna cages at the stern. Penetration is also possible but there is not much space for divers to move inside the wreck. Marine life on Pippo wreck includes small fish, crabs, shrimps and nudibranchs, and sometimes a big grouper is seen on the wreck.

MV Pippo was built in 1976 in Malta by Vella Boat Yard of Marsa and Philip Formosa. Pippo was a concrete hulled workboat, 18 m in length. She was initially a research vessel used for surveys, then transformed into a cruise boat. Later on Pippo was sold to a local Azzopardi Fisheries company and converted into a fish cargo boat for Maltese tuna farming industry.

One day in October 2004 MV Pippo was returning from Comino to Malta with a load of tuna, when she suddenly began to take on water and sank soon afterwards off Ahrax Point. Several attempts to salvage Pippo were unsuccessful, and now the wreck lies upright on sandy bottom at a depth of about 35 m. 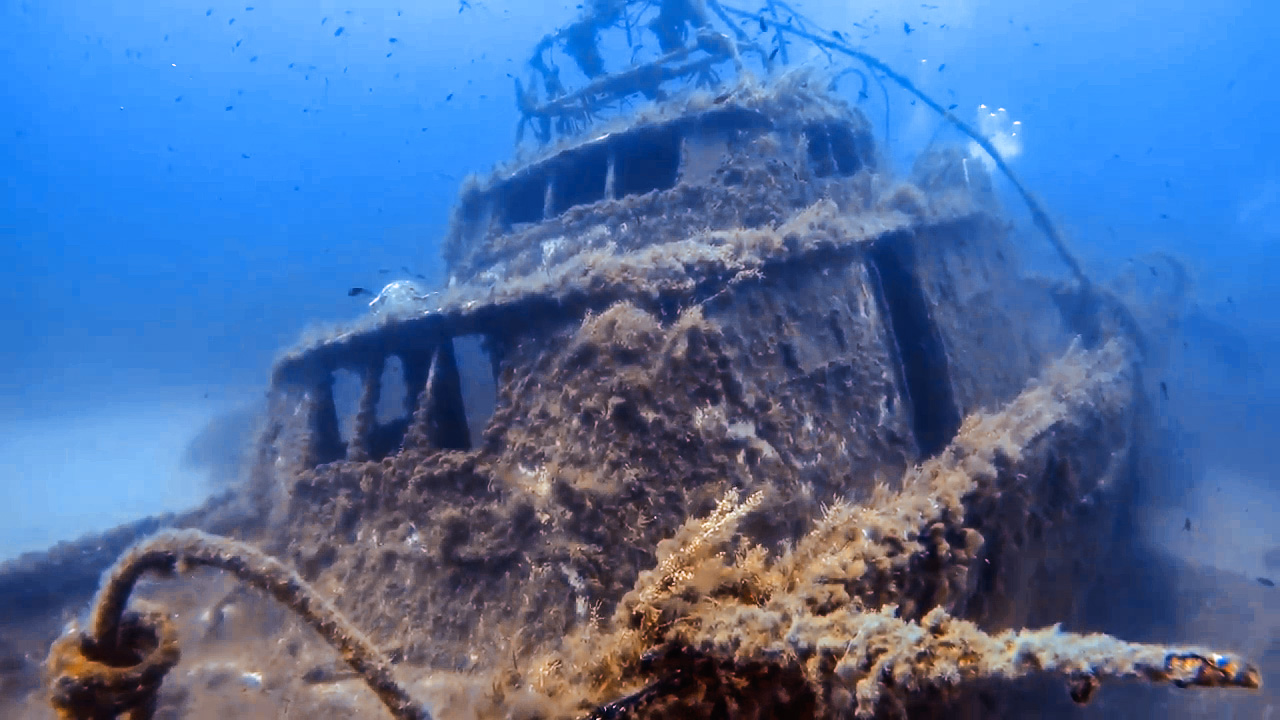 Kevin Aquilina, October 2021:
★★☆☆☆ Small wreck, easy to explore. Life scarce. Some history/nostalgia to some. Offers too little for this relatively remote site to be popular. A 'been there once' dive
Mika Tanninen, April 2015:
★★☆☆☆ Quite small wreck and nothing to see around it.