Le Polynesien is a World War I wreck dive in Malta. SS Polynesien was a 19th century French ocean liner that was sunk by a torpedo in August 1918 about 3 km east of Marsaskala. She is 152 m long and lying on a 45 degree angle on her port side at a depth of 45 m (upmost structures) to 65 m (seabed).

The bow section deck structures are in a good shape. Front deck cannon and anchor are clearly visible, and the cargo bay contains motorbike tires and pipes. The mid section accommodates the engine room. This area of the wreck is badly damaged by the torpedo impact.

The stern section has some structural damage, but is mostly intact. The stern deck cannon and propeller are pretty much in a perfect condition. Under the deck are passenger areas where light fixtures, bed frames and bathtubs can be seen.

Polynesien is also known locally as Tal-Platti (‘plate ship’) in Maltese, because there are/were plenty of ceramic plates, other china and glass bottles around the wreck. Unfortunately, a lot of items have been pillaged by divers over the decades, although it is illegal in Malta to remove any objects from wrecks.

Le Polynesien wreck is a deep boat dive and suitable only for technical divers or very experienced divers as it is exposed to strong currents.

As of 1st May 2019 SS Polynesien is under protection of Heritage Malta, and diving the wreck requires a special permit. Read more about diving the historical wrecks in Malta

SS Polynesien was built in La Ciotat in France by Messageries Maritimes, and launched on 18th April 1890. Polynesien was a Risbec class ocean liner, one of four sister ships, measuring 152.5 m in length with a beam of 15 m. She was a 3-masted barque made of steel, with a steam engine, double funnel, and a four-bladed propeller. She was built for hot climes, having limited superstructure with canvas shades covering the decks for protection from the sun.

SS Polynesien operated first on France–Australia route through Suez Canal, and later Far East to French colony destinations, and then again towards Australia and New Caledonia, before being dispatched back to Europe. She could carry 172 passengers in first class, 71 in second class, 109 in third class, and 234 in steerage class.

At the beginning of World War I Polynesien was requisitioned by the French authorities and armed as a troop transport with bow and stern guns. Her final voyage, only three months before the end of the war, was from Bizerte in Tunisia to Salonika (Thessaloniki) Greece, transporting Serbian troops.

On 10th August 1918 Polynesien was torpedoed by German submarine SM UC-22, only few kilometres off Malta. She was hit on the port side near the engine room and sank within half an hour with the loss of almost twenty lives. 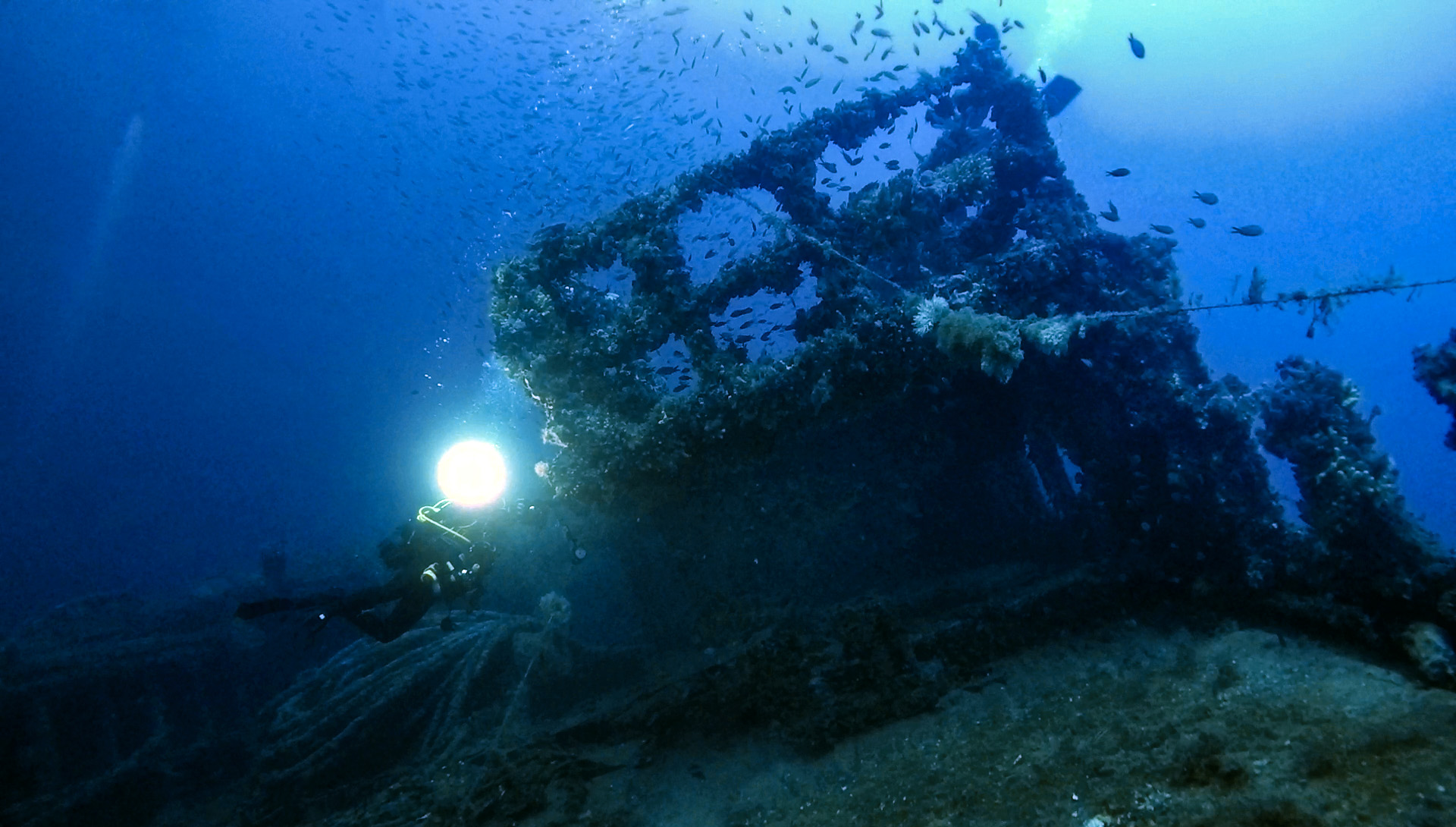